Director of PJSC Ukrgazvydobutok (part of Smart Energy) Vadym Mokhov was taken into custody. Vadym Mokhov is well-known in Kharkiv region as an active humanitarian. As it has been noted by his lawyer, his arrest was done with numerous criminal procedural violations, says  in the press release of the company.

Hereinafter the official position of the company:

Mokhov’s arrest was done in execution of the court order, based on which criminal investigator from the Main Department of National Police of Ukraine in Kharkiv region provided fabricated information claiming Mokhov is fleeing from pretrial investigation authorities. 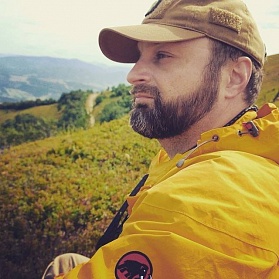 On the 10th of October, 2017 criminal investigator along with a public prosecutor showed up at Ukrgazvydobutok office in the afternoon and in spite of failing to find Mokhov there, read out a notice of suspicion anyways. Although Director of Ukrgazvydobutok was temporarily away from his workplace at that point of time.

Vadym Mokhov is suspected of committing a criminal offense related to supposedly failure to comply with requirements of the State Service of Geology and Subsoil of Ukraine order on suspension of special license for the subsoil use for the time period between July 28th, 2017 and August 10th, 2017. Criminal proceedings have been initiated based on request of the former employee of the State Fiscal Service who has been detained and is now under investigation. At the same time, the fact that on August 23rd, 2017 law prosecutor’s office was informed that Ukrgazvydobutok was officially notified of the above-mentioned order on August 14th, 2017 only, is being absolutely ignored. In addition, there is a ruling of County Administrative Court in Kyiv to suspend this order.

Vadym Mokhov has been cooperating with investigation all along, continuing to act as Director of Ukrgazvydobutok, did not change his place of work and residence, and could have been reached by all means of communications.

All of the above gives solid grounds to state that unjustified arrest of Vadym Mokhov took place with a gross violation of Criminal Procedural Code and Human Rights and is actually a part of systematic pressure of authorities put on Smart Holding business and its shareholder, politician and member of the opposition Vadim Novinsky. We have all reasons to say our gas producing assets are of a great business interest to our competitors that are pretty close with current authorities.

Ukrgazvydobutok is one of the largest taxpayers in Kharkiv region. The company implements various social projects at national and regional level, including assistance to military hospitals, and its managers and employees are active members of voluntary organizations.

We appeal to the heads of all law enforcement authorities to stop giving felonious orders to put unjustified pressure on Smart Holding business, and tamper with evidence of criminal proceedings in regards to our managers, which blocks operation of the largest companies of various areas, puts in jeopardy future of thousands of employees and causes hundred millions UAH budget loss at different levels.

Smart Energy is a part of Smart-Holding in charge of implementing exploration projects, commercial development of the hydrocarbon deposits and alternative energy initiatives.

09:00 / 9 October, 2020
The Naked Gun
Supply of fuel dispensers is a kind of an indicator that most vividly illustrates the processes in the market of retail sales of fuel. A drop or a surge in number of retail fuel dispenser fleet in a country clearly tells what trends are currently prevailing in the market. Therefore, NaftoRynok resumes to pursue on informative indicators of the industry, and this time is pleased to share with our readers our highlights on sales of fuel dispensers in Ukraine.

14:00 / 14 February, 2020
Andrei Biba: In Ukraine, it’s a gas stations galore, I think, by two-fold at least.
NefteRynok managed to snatch an hour and a half from the busy schedule of the owner of the BRSM-Nafta’s petrol station network  Andrei Biba only on Saturday to talk about the company's team, passion for grocery retail, competitors, pricing and company plans.