In 2016, the gasoline market balance in Ukraine increased by 5.8%, from 2.06 MMt to 2.18 MMt. The positive dynamics in the volume at the background of stagnating gasoline retail has been primarily associated with the reduction of the octanes’ shadow market share.
22:18 / 07 лютого, 2017
Микола Сичов 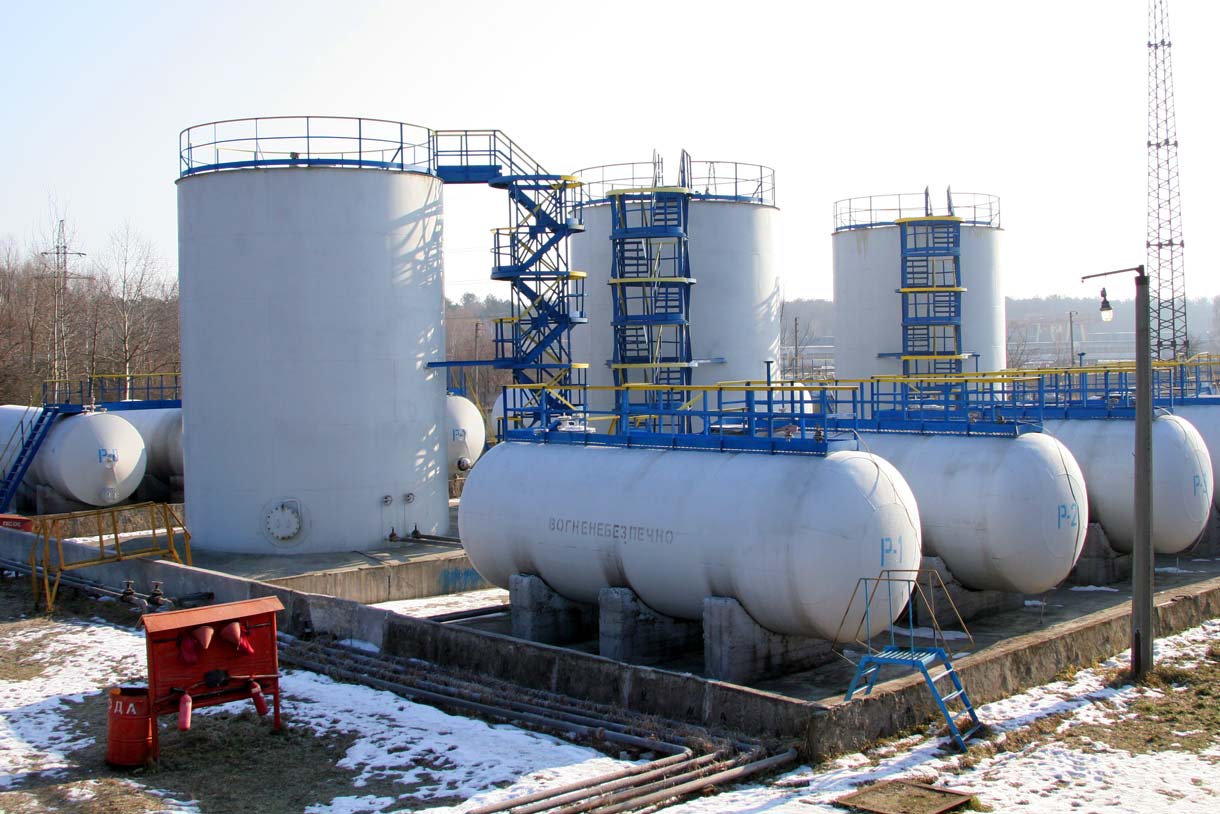 In 2016, the gasoline market balance in Ukraine increased by 5.8%, from 2.06 MMt to 2.18 MMt. The positive dynamics in the volume at the background of stagnating gasoline retail has been primarily associated with the reduction of the octanes’ shadow market share. We are keen to suggest that the gasoline managed to strain a point in its favour due to a tighter management of fuel circulation. Preliminary consumption figures still do not give any hope for the recovery of gasoline sales that lose to the growing LNG market

Severe innovations of the fiscal authorities related to control of the petroleum products the turnover (e-administration) yield fruit so that the share of artisanal fuel significantly decreased. However, it is too early to speak about its complete disappearance.

Additionally, an overall growth in the volume of gasoline should be attributed to an increase in the share of Ukrainian product from in the remaining in operation two plants. Totally, accounting for Kremenchug Refinery and Shebelynka GTP in 2016 the Ukrainian market was “fed” by gasoline from 12 plants in eight countries. Foreign suppliers of octanes in Ukraine were Belarus (Mozyr and Novopolotsk Refineries), Lithuania (Mazheikiai Refinery), Poland (Plock Refinery), Russia (Orsk and Novokuibyshevsk Refinery), Romania (Petrotel and of Petrom Refinery), Hungary (Danube Refinery) and Greece (Elefsinsky refinery).

At the forefront of the domestic refinery is the Kremenchug plant, which after several years of decline in production starts to win back the market. According to calculations made by UPECO consulting company, in 2016 the yield of gasoline at the Kremenchug Refinery increased by 20% to 600 thousand tons. The increase was due to the growth of oil import from Kazakhstan and start of condensate supplies from Iran.

In the nearest future, Ukrtatnafta plans to load the refinery due to the transportation of the Azerbaijani oil through Ukrtransnafta’s pipeline system. Thus, this year the company intends to pump about 1.3 MMt of the light Azeri Light to the refinery, and thus increase the processing of raw material by 41%.

Unlike the Kremenchug refinery, Ukrgazvydobuvannya’s (UGV) Shebelynka GTP reduced production of octane by 11.6%, to 156.3 thousand tons. Despite the decrease in volumes, UGV gasoline now complies with Euro-5 standards. Last year, the state-owned company has made an unprecedented breakthrough, improving quality characteristics of fuels from Euro-2 to Euro-4 and Euro-5.

In this regard, Ukrgazvydobuvannya’s export volumes dropped, as the company used to sell its fuel abroad as raw material, and now competes for the consumer in the domestic market already with the foreign producers. For example, in 2016 the export volume amounted to only about 28 thousand tons of gasoline.

Even against the background in the production volumes at Shebelynka GTP gasoline production in Ukraine increased by nearly 10%, from 665 thousand tons to 730 thousand tons. Thus, in the structure of gasoline supply to Ukrainian market domestic fuel production occupies one-third.

The remaining 66.6% of the volume is imported. It should be noted that during this period shipments from abroad increased by 4%, from 1.4 MMt to 1.45 MMt.

The increase in the “two’s” occurred due to the presence of Belarusian fuel (96% of all foreign shipments) mainly produced at Mozyr Refinery. In all likelihood, Mozyr A-92 began to be used more as a base for A-95 at the operators’ terminals. In regard to transport means it should be noted that 99.3% of all gasoline was imported to Ukraine by rail and only 0.7% were shipped by marine transport.

Last year, due to changes in the supply lines in the structure of domestic import significant change has been seen. Thus, Belarusian share increased by 88.7%, to 1.16 MMt! In the context of export from Belarusian plants to Ukraine, the undisputed leader was the Mozyr Refinery, which shipped 94.3% of A-92 and A-95 gasoline. At the same time, Novopolotsk Refinery accounts for only about 5.7% of A-92 fuel.

Thus, despite the continuing issues with the supply of Russian crude to Belarus and, as a result, underutilization of Mozyr and Novopolotsk Refineries capacities, the neighbouring country accounts for 80.3% of total gasoline imports. The undoubted leader is the Mozyr Refinery, which accounted for 74.6% of the total volume of foreign gasoline, or about 1.09 MMt. In its turn, together with fuel from the Ukrainian plants, Mozyr gasoline occupies half of the market.

Orlen in the hole

One of the reasons for the significant increase in the role of Belarusian resource was the refusal of Private structures to import gasoline by sea, which the group carried out since 2014. It shall be remembered that in 2016 through Odessa terminal and with the purpose of supplying to its own gasoline network, the Privats registered 176 thousand tons of Bulgarian, Romanian and Greek A- 95. Refusal of the end petroleum products was associated with the supplies of raw materials to the refinery and increase of treatment volumes in Kremenchug. In addition, having stopped gasoline import in tankers, the Group closed the marine supply channel to Ukraine. If last year, mainly due to Privat, marine supplies accounted for about 15%, now it failed to go as far as 1%.

Along with the Privat leaving from the gasoline supplies from abroad, an important event for the market was the reduction of shipments carried out by Orlen concern from its factories in Lithuania (Mazheikiai Refinery) and Poland (Plock refinery). In 2016, Orlen supply to Ukraine decreased by 55.8%, from almost half a million tons to 221 thousand. As a consequence, the share of the Lithuanians and the Poles in the structure of imports dropped by 42.7% (to 165 thousand tons) and 73.5% (to 56.1 thousand tons), respectively.

The decline in Orlen volumes was due to a significant reduction in fuel imports from Lithuania and Poland, by the main players in the market, Galnaftogaz and Continuum, which previously were the main Orlen fuel consumers. In addition, other market participants, including Parallel, a network of Kyiv KLO filling stations and Poltava Hope reduced the Lithuanian fuel purchases.

The only big operators, which remained faithful to the expensive European resource, were SOCAR and Alliance Oil Ukraine, for which Lithuanian fuel imports amounted to 21 and 45 thousand tons respectively. This corresponds to 2015 volumes.

As a result, Belarus managed to get the released volumes, primarily due to a more reasonable pricing and supply logistics. However, Ukraine's dependence on gasoline from Mozyr Refinery for the domestic market had negative consequences also. In times when the negotiations on oil supply between Minsk and Moscow were increasingly deadlocked, the issue of the availability of alternative supply channel went acute in Ukraine.

Among other suppliers, the Russian Federation can be distinguished. However, the volumes of gasoline from Russia, in contrast to diesel fuel, account for only about 1.6% of imports, or 22.7 tons. Ukraine predominantly received fuel from Orsk Refinery, imported by Western Oil Company.

This is not the first time to note that Romanian producers continue to lose Ukrainian consumers. In 2016, the Ukrainian market lost gasoline from Petromidia refinery (KazMunayGas Int., Former Rompetrol). However, until recently a subsidiary of the Kazakh Rompetrol Ukraine was a major importer of gasoline in tankers.

Two of three Romanian refineries are now represented in Ukraine is represented. Their volumes far from previous: a refinery in Ploiesti, controlled by OMV Petrom, and the plant in Constanta (Petrotel), are owned by Lukoil.

It should be noted that last year, Lukoil received most help from AMIC in Ukraine. Thus, the company, which now controls Ukrainian assets of Lukoil, announced the rejection of the Russian company resources and became the exclusive buyer of A-95 gasoline produced at Petrotel- Lukoil Refinery. At the same time AMIC Ukraine strongly emphasizes the diversification of supplies, tactfully says nothing of who is actually a Romanian petroleum manufacturer or a supplier to Mozyr.

In addition, during the reporting period supplies from Hungary to Ukraine were carried out. The main consumers of gasoline from Danube Refinery (MOL Management Company) were OKKO and Market, which have a well-developed retail infrastructure in the Hungarian border areas.

The only fuel batches supplied to Ukraine by sea, were the Greek A-92 and A-95 from Elefsinsky Refinery (Hellenic Petroleum). However, Greece accounts for about 4.2 thousand tons of gasoline.

The same old soup on the fuel arena

Over 70 companies imported gasoline to Ukraine in 2016. During this period, the list of octane suppliers as compared to 2015 has not almost changed. In general, the pool of the formed old market players continued to play a key role in the smooth operation of the market.

A subsidiary of Belarusian Oil Company CJSC is the leader among the importers. This year the BNK-Ukraine has accounted for about 53% of domestic gasoline imports, or about 724 thousand tons. Such dynamics in volumes is associated with the shipment terms, when BNK-Ukraine acts as a resource contract holder and the market operator is a recipient of the goods.

For example, in the reporting period the major clients of BNK’s subsidiary were OKKO and WOG (accounting for 524 thousand tons of A-92 and A-95). BNK- Ukraine also provided the resource for other market participants but in smaller volumes.

On the whole, taking into account its own import and resource contract to which BNK was the contract holder, Galnaftogaz and Continuum structures have become the major importers and consumers of gasoline in Ukraine. According to UPECO, they account for about 650 thousand tons of total imports.

Thus, in 2016 Ukrainian market of gasoline, which is now in fierce competition with the fastest growing segment of the liquefied gas, has shown encouraging signs.

First of all the pros are related to the activating of the domestic refining and improvement of the products’ quality, as well as the reduction of the shadow segment share, the volumes of which immediately went into a legal plane.

However, the past laurels are no longer the subject for discussion. This year, the gasoline players will face even the tougher competition with the gas industry, as retail LPG consumption in Ukraine has already come close to that for gasoline.